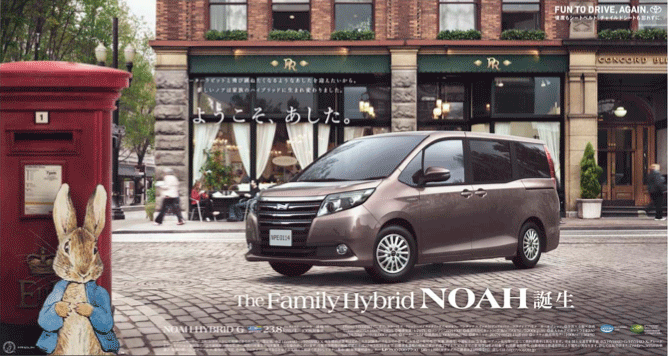 A special Toyota commercial featuring Hollywood actor Elijah Wood and Peter Rabbit to introduce the new hybrid Noah, sold only in Japan. The commercial was filmed in downtown Portland, OR – one of the greenest cities in America.