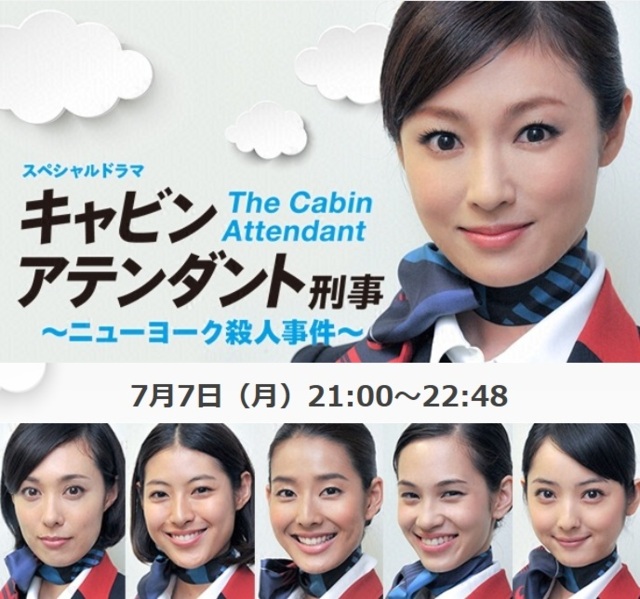 Aired on July 7, 2014 at 9PM. This 2-hour TV movie is the long awaited reboot of the hit TV movie STEWARDESS DETECTIVE, one of the most popular TV movies of all time in Japan. The TV movie was produced for 10 consecutive years between 1997 and 2006, and after nearly a 9 year break, the franchise has come back with an astonishing cast starring Kyoko Fukada, Kazue Fukiishi, Miori Takimoto, Sumire, Kiko Mizuhara, and Nozomi Sasaki.